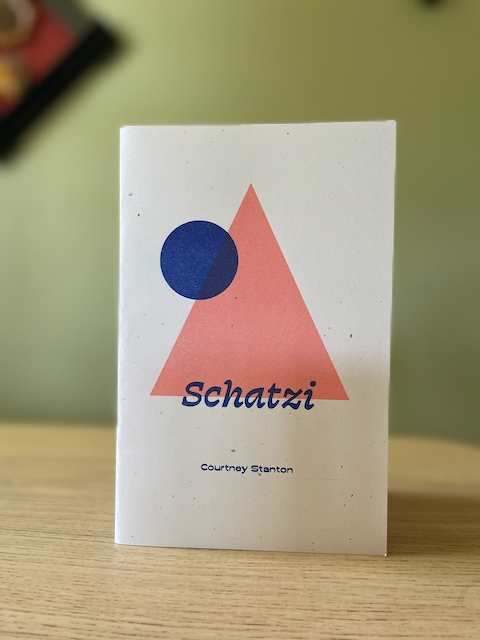 A Risograph zine that tells a story through poems of falling into—and back out of—love by Courtney Stanton.

Courtney Stanton is an extravagantly queer trans man whose writing has previously appeared in Buzzfeed, Jezebel, Wired, and more quote-tweets than he would prefer. He spent 2020 driving an ambulance, 2021 recovering from that experience, and he's spending 2022 producing zines of poetry, apparently. He lives in Portland, Oregon with his husband, two cats, and plants that insist on living despite his best efforts.

Visit him on instagram @mrcourtneystanton to know when the next zine will be released.